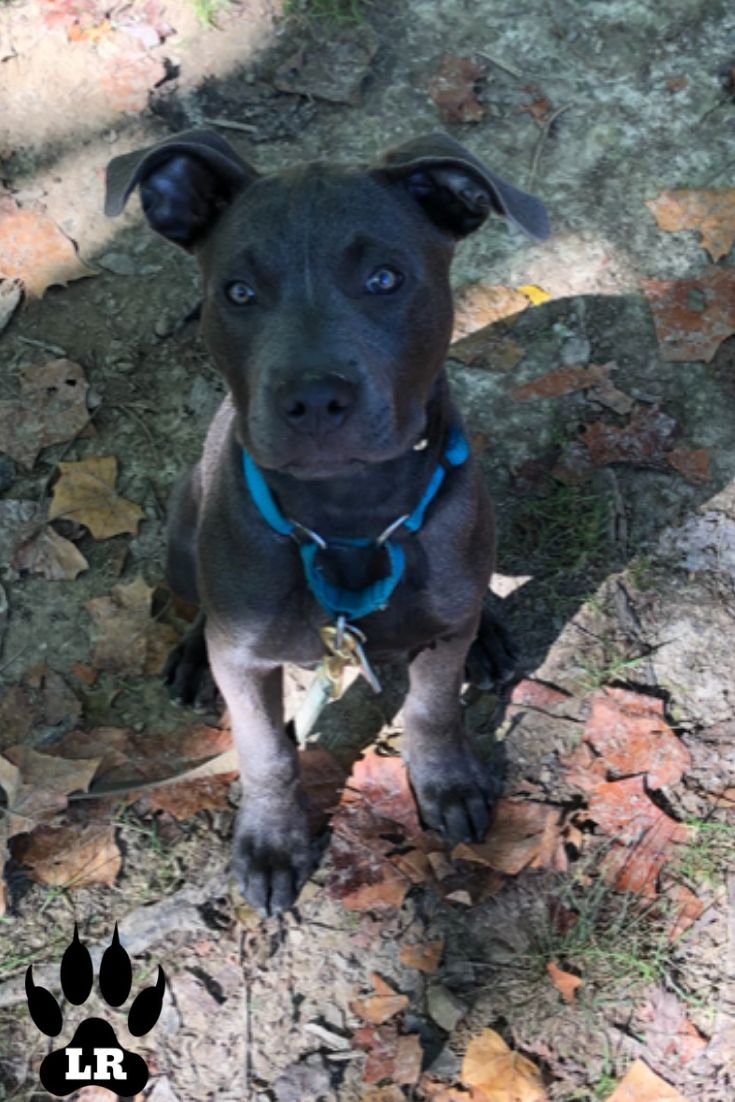 I have a Shepador and she’s roughly around the 2 months age group but she doesn’t really play much, she barely eats, she won’t walk on a leash or respond to her name much, not big on toys or treats I’m not really sure how to make her feel comfortable with me before I go back to work

Our new labrottie baby is named “Bailey”. She is almost 3 months old and ~10lbs.

[When we read Bailey’s name we asked Kathy if she’d seen the movie A Dog’s Purpose. Here’s her reply].
“We DID see the movie (A Dog’s Purpose) and that’s why my son named her Bailey!”

“We were doing work on the house and our painter told us how his young lab female hadn’t been fixed yet. He lives on a ranch. His neighbor’s rottie sensed that and made a visit! The result was Bailey and her siblings.

It wasn’t a planned event, so the painter was explaining to me how he was going to take them all to the shelter.
We asked if we could see the puppies before he took them……NEVER do that!

Well… we’re so GLAD that Kathy and family did go visit those puppies!! Life would not be the same without their Bailey!

Here’s our yellow lab/rottie mix,
Bailey 🐾. We met the Mom, Ellie who is the rottie. Bailey is almost 3 yrs old and a big goofy teddy bear. She makes us laugh every day!

This is Daphne! And she is a survivor of nasal lymphoma, she is a labrottie and she is an AMAZING 12 year old!

Ivy says that Daphne is “My best friend, she keeps me laughing and goofy right along with her.
I love Daphne aka Daffy with all my heart. Don’t know what life would have been without her“

Ivy and her baby live in Houston, Texas. Daff (Daff is Daphne’s nickname) is an inside dog who deserves to be spoiled and appreciated, respected each day of her life.

Thanks to Patricia Johnson for sending us her beautiful Dudley Labradoodle photos!

“You have characterized the breed very well! We also owned a Labrador Retriever for 14 years, a gem of a dog. This is Dudley, our nine-year-old Labradoodle.”
~Patricia Johnson

Goliath the Rottweiler by James Shiflett

This is Goliath! he’ll be 7 years old in May of this year. James Shiflett had him since he was 8 weeks old. He is his best friend, guardian angel, and just everything to him!

This is Hades. He is a two-year-old black lab/Rottweiler mix. He currently is around 72 lbs but has a lot of filling out to do.

We adopted him from the shelter as his family could no longer keep him. Hades loves playing fetch, going for walks, swimming and taking naps.

He loves children, treats, and the cat well. He is very trainable but at times is very stubborn, especially when he sees a bunny.

Honey 🐶 🐾💗
My name is Honey! I’m a Pitbull lab mix that was rescued by the coolest loving family. I’m so sweet and love meeting new furry friends! Much love 🐶❤️🐾

Hi!
This is Honey, and she is a Pitbull lab mix. She is the most loving, loyal dog to me. She pouts, just like a Labrador, and craves attention. I hope you find her unique and love to post her on your site. She has an Instagram @Honey_bunny_20019, many people like her photos and has built a decent number of followers.

Hi! This is our sweetie Jade! She was a rescue we got from Rhode home rescue in RI.  Rhode home rescue acquired her from one of the shelters they work with.  She was found wandering the streets of Arkansas as a puppy, she was 16 wks when we took her home.

Then, We did her DNA to get her breed info.  She is a 2 yr old, 65 lb all black with a sprinkling of pure white fur, lap dog who loves everyone including our 8-year-old cat and also our 14 yr old teenage boy!

When at her vet visits she clearly thinks she is human. The vet staff thinks she is hysterical.  It took us a while to understand her, she is super vocal when excited and playful. Sounds like growling and yipping.  However, it is not aggressive in nature at all. In fact, we have a video of her funny play behavior. Her best friend is an Australian Shepherd named Bentley.

Overall,  she is a delight! A bit big to be on my lap but I wouldn’t have it any other way 🥰The one negative is, She has separation anxiety and rips oven mitts and chair cushions when stressed 🙄.
So glad you enjoyed the pics 👏
Thanks, Steph

Hi he is a big boy. He weighs 146 lbs and his name is Koda. Momma was full-blooded Rottie and they do not know what Daddy was. He is my sweetheart and such a cuddler.

I have had lots of other dogs and have always thought Rotties were beautiful. He is as beautiful inside as he is outside. He loves everyone. When he meets someone new they are just a friend that he is meeting for the first time.

Greetings from Hawaii! From: Lenny the labrottie Images by Tina D!

Lenny is an 8-year-old chocolate Lab/Rottweiler mix who has been the most wonderful companion for his new “mom”.  He is an excellent bike partner, Beachcomber, and ocean dipping, partner.

Lenny came from a group of volunteer followers from the rescue (where he lived for 5 years!!), so I have no trouble finding him sitters when I work and go to the mainland.

To read Lenny’s full story of his life, just hit the link!

My Lex is almost 11 years old – images by Jenn Davila!

The Labrottie Lenny by Images by Jessica Mintz

This is Lenny. Our best guess is he is a Lab/rottie or maybe Dobie mix. We may do a DNA test but what do you think?

Labrotties from a FB group!

This is Luna Bear, she is a Pitbull Rottweiler mix, she loves to be outside and wags her tail in excitement at everyone she meets!

Right now she is sitting in the sun watching the squirrels. Her favorite thing to do is play with her big (human) sister Sofie!

Luna Bear just graduated from basic puppy training! Now Elaina is now working on training Luna Bear not to nip humans playfully when she gets excited!

We have a really cool update from Miss Luna Bear, her parents were looking for a trainer to help with Miss Luna Bears nipping while playing.

She is doing great in her new training class! It’s mostly older dogs so she is the youngest pup! We are currently working on door manners and heeling. I am so proud of her and we love her so much!

Miss Luna Bear is now 9 months old so I thought I would share another picture!
We went hiking, to the dog park and then the pet store today! I got a new car so we turned the old one into a Lunamobile! She can get as muddy as she wants now!

I was able to weigh her once we got home and she was exhausted. She is 55 lbs! The vet originally said she wouldn’t get over 50. We are so in love with her sweet spunky personality.

We always love seeing these updates! So please keep them coming!

Mr. Milo is about 5 months old. He enjoys cuddles, his sisters, bath time, and being outside watching the birds. When I first got Milo poor little guy had parvo. He spent a total of two weeks in the vet. And now he’s stronger than ever. Always greets me when I get home from work at the front door

This is Odin Kingston! A black lab/rottweiler mix! I am a year and a half and I weigh almost 100 pounds!!! He loves to go on adventures and destroy whatever he can! Odin loves kids and people BUT he LOVE’S TO RUN! I enjoy the water and I love meeting other animals!!

I am an emotional support animal for my Dad and I also help my Mom sometimes! He is a lap dog and he doesn’t care what they say.

The Labrottie Robin images by Toyo_Tiger

Toyo Tiger: sent photos of his Labrottie, named Robin. Here’s a bit of her story:

My friend had a black lab and every day this big Rottweiler would come over there and bark at their house. So one day their lab ran away and they couldn’t find her for a week. But eventually, she came back and they found out she was pregnant.

We got her for free. Her mother a Black Labrador, her father is the Rottweiler who is also black. When the vet took a look at her they said she had some chocolate lab in her.

This is Reagan. She is 3-4 months old in these photos. Mom is a Rottweiler and dad is Chocolate Lab. She is an absolute joy. Very very smart but quite a handful! She is FULL of energy and curiosity. She is actually more of a “watchdog” than our pitbull! What an awesome mix. She is also the most cuddly dog I’ve ever had – she is always snuggling up to us to sleep!  I would get another in a heartbeat!.
~Leslie

What a sweetheart! Easy to fall in love with Reagan, a beautiful rottie chocolate lab mix!

Mutual Therapy Dogs for Each Other

Reagan’s grey and white buddy is named Jameson. His owner, Leslie, said that the grey and white Pitbull was rescued from an abusive home and have severe anxiety issues.

Reagan has really helped him come out of his shell and feel a lot more secure. Jameson isn’t nearly as terrified to be left at home now since he’s not alone! Both dogs have been very therapeutic for one another.

Reagan hadn’t had much socialization when we got her – with people or other animals. She has come leaps and bounds following Jamo’s lead! Jamo loves people, just can’t handle being left alone or any type of loud voices/noises. They have both come a very long way since being rescued ❤️
~Leslie Frazier,

Aw… WHAT a sweetheart, Reagan is… safe and secure with his mom!

Roxy the Rottweiler mix images by Tammy from Petco!

Tammy says that “Even though she had a terrible background history, you would never know it. She’s been the sweetest, most wonderful dog ever! She likes to sleep, eat and give lots of kisses.”

Tammy said, “I was walking out of PetSmart and she caught my eye. The adoption organization had her in this small crate and I swear she picked me. I was not even looking for a dog!

Shiloh and her siblings as puppies! Thanks so much Jenn Davila!

My Labrottie Zeus… (Or is he a Labrottie? Find out more!)

This is Zeus my Chow, Boxer, White Swiss Shepherd, Cocker Spaniel, Collie, Mini Poodle, and unknown! Mostly I say he is a Chow Boxer Swiss Shepherd mix. I found Zeus under my house stuffed in a corner on a wet freezing cold January day just a few short days before my birthday!

Now a day’s Zeus is a loving, loyal, complete goofball! I still love my dog even though he is not a LR!

We have Zeus’s DNA results back if you would like to see the accuracy and the results!

For those of you who have or are going to get a new puppy! We have several dog name article just for you!

We have an article about Labrottie Temperament and Characteristics.