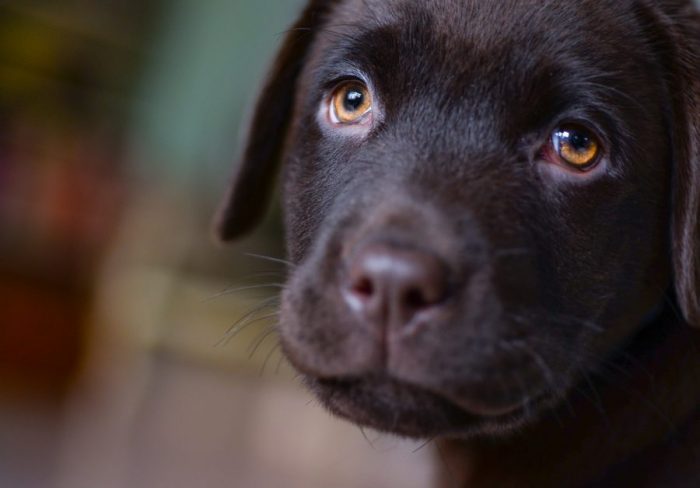 Now Let’s get into the Rottweiler and Labrador health issues!

The injury affects the tail of the dog making it painful near or at the base of the dog. The cause is unknown but is rumored to be caused by the narrowing of the space through which the spinal cord passes.

Typically due to a degenerative change in the intervertebral disk spaces. The changes are sometimes not visible until the breaking point, such as physical exercise.

Sometimes other changes are seen prior to or in conjunction with a limber tail disease. Such as urinary or fecal incontinence, postural abnormalities in the pelvic limb, or pain in response to touching the lower back.
Sources:
www.vcahospitals.com Coldtail
en.wikipedia.org Limber-Tail

Bloating is life-threatening to any breed of dog. If your Labrottie has eaten too much and or if you exercise them right after they eat he or she will bloat which will make the stomach twist around. Creating a large amount of gas, which will kill them if you do not catch it in time.

Again bloating should not be taken lightly, if you see any of these symptoms take your dog to the emergency room immediately.

Here are the Symptoms of a dog which has a Bloated tummy:

When the vet confirms that your dog is bloating, the vet will try several different procedures.

1. The vet may try to decompress the stomach and stuff a tube down the esophagus to let the gas escape. If that does not work they will move to plan C.

2. Plan C is if the stomach has already rotated the only option is for the vet to do is to operate quickly to untwist the stomach. They will then staple the stomach to the inside so that the stomach never twists again. Occasionally some complications may pop up while in operations. Like heart damage, shock, and or infection.

Pano which in English means Bone Inflammation which generally happens to 5 to 18-month-old dogs. This gene effect’s all dogs, but generally, it effect’s medium to large dogs. Pano affects the long bones in your dog’s body because of rapid growth.

It is generally short-lived, it can be a very painful condition for your four-legged family member. What it does is makes your dog limp and or cause lameness making one or more of his or her legs hurt.

What causes the Panosteitis?

Great question! The pain is brought about by increased pressure in the bones, or outer soft tissue lining of the bone, and or by stimulation of pain receptor in the periosteum.

Pano affects a dog at any age, but it mostly happens to the youngsters,  especially to:

The Thyroid gland is in the neck and makes a hormone called thyroxine. It controls the metabolism when a dog has hypothyroidism he or she can not make enough of the hormone.

Hypothyroidism effect’s all dogs but is found more in:

Unlike with Panosteitis which effect’s a youngster’s, hypothyroidism effect’s middle-aged dogs.

Degenerative Myelopathy happens to senior dogs, the disease starts from the chest and goes down the spinal cord, it affects first one hind leg than the second.

This disease onslaught starts typically between 8 to 14 years old, the symptoms when this disease starts you will see. A wobbling when he walks, or the drag of his feet.

The dreadful disease takes over a healthy dog and cripples him, soon the dog will have a hard time standing, or his legs will buckle while standing because of weak limbs.

He may develop an arched back, downward flexion of his head and neck, excessive laying down (in some dogs), sudden collapse, abnormal gait, abnormal joint posture are also what to expect in the case of Degenerative Myelopathy.

When the back legs are completely paralyzed, the dog will lose its ability to hold his bladder, and fecal. The disease will then work its way up to the front legs, this disease is entirely painless for the dog.

Sadly there is no cure for this disease yet, though there may be an app out there that ID’s a dog at risk for DM, and that may help pave a way for a cure on DM. Though there are natural remedies though I would not place much hope on them.

Something that is just as important as grooming him is checking his ears for irritations, wax build-up, and infections.
This is essential checking needs to happen every week, there are ear cleansers used by the vet, and you can buy them at the vet.

Using a piece of gauze, I wrap it around my finger and start whipping the inside of the ear out.
Just be careful about how deep you shove your finger in you could damage his or her eardrum.

Their allergies could be anything, a specific plant, grass, pollen, some dogs can be allergic to processed foods. Now there are cures for those types of allergies, now the hard thing is to pinpoint the exact allergy. This could take a day to a few months of studying the dog’s reaction to the thing you just gave to them.

Zeus gets these bad hives and rashes if he is given dog food that has grains in it, I remember when I first noticed his rashes. We were playing around outside and I gave him a bear hug, and he yelped. I was perplexed because I had only just touched him.

I looked to where my hands had gone and he had these long patches of hives all up and down his chest. Long story short we exchanged the treats, and dog food for a blend that does not have grains in them, and a few days later they disappeared without a trace.

The Von Willebrand Disease is a genetic disorder is where the blood is not able to clot properly if the dog gets a scratch, bite or puncture wound. Which means that they will slowly bleed out without medical help.

Rottweilers have a high rate of bone cancer, otherwise known as Osteosarcoma, it is the most common type of primary bone cancer a dog can have. When I say primary it means that it starts from inside of the bones instead of coming from the outside and working its way in.

Humans can have seizures, but until a few years ago I learned that dogs could have seizures as well. Nowadays our oldest dog named Zoya a King Charles Cavy was having seizures but stopped when we started giving her CBD oil for dogs.

Seizures are caused by enormous bursts of electrical activity in your dog’s brain. A seizure could look like a twitch to a full-on body-shaking seizure. While a dog is having a seizure, a dog can collapse, drool, bite his/her tongue, jerking, making paddling motions with their legs.

When the epilepsy is done, the dog may be disoriented, wobbly, or blind for a short period of time. There are certain things that you should do when your dog is having a seizure.

8 Things you should do and not dog if your dog is having a seizure!

All in all, there are a lot of health issues with the Rottweiler and Labrador’s, I would give their health three to three and a half stars out of five. Not bad but not good either, if you really want to get either of these dog breeds. Go right ahead! This article was not made to change people’s minds but to help you get well-informed about both of these breed’s health issues.

If I have missed any Rottweiler or Labrador Health Issues, or if you have any questions here is our email! We have an article on Rottweiler Facts for those who are thinking of getting that wonderful breed!

For those of you who are thinking about Labrador, we have an article on the differences between the English Labrador Vs the American Labrador.