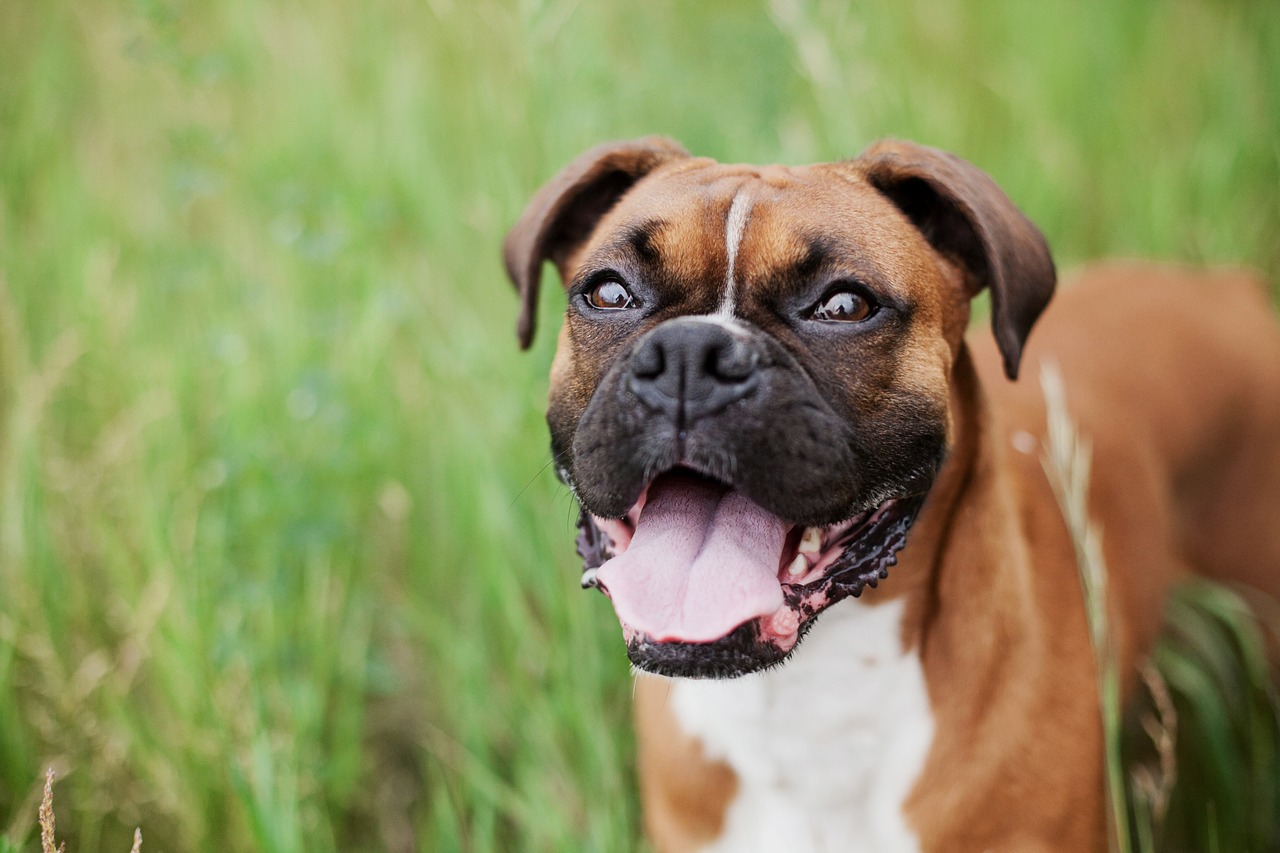 The Boxweiler is a Rottweiler Boxer Mix, they are a great medium to a large-sized dog bred. This breed could weight anywhere from 55 to 110 pounds. This bred will not have a happy time if you live in an apartment, also this dog bred is not for beginners, they need a firm but gentle alpha pack leader.

The Boxweiler Mix is a powerful yet loving dog bred, all that is needed to make your puppy one of the best behaving dog’s in the neighborhood. Is training, discipline, and exercise throughout their puppyhood and adult life.

In this article, we will dive into the Boxer first, we will explain where they come from, and some other general information about the Boxer that you might not have known about.

Then we will move over to the Rottweiler, finally, we will get into the Rottweiler Boxer mix. There we will combine all that we learned from both breeds above and see what we get! So enjoy!

My father had an Army Boxer when he was little, and he was the best dog around. Since the Boxer was Army trained, he would not allow anyone with a gun around except for my dad. He would not even accept a toy finger gun without the Boxer growling and barking.

Personality and Temperament of the Boxer

The boxer has a distinctive broad head and a short muzzle. The Boxer origins began in Germany the Germans bred them for dogfights and as herders. Boxers have a strong bite and iron jaws to hang on to large prey this breed is great with children and often very protective over them.

You must offer your Boxer plenty of daily exercises, and they do need some reinforcement of the rules while puppies. In general, the Boxer requires little grooming, 15-20 minutes of training while he is a puppy. 30-45 minutes of daily exercise, and a house with a yard, not an apartment.

Size and Appearance of the Rottweiler

Where does the Rottweiler come from?

The answer is from Weiler Germany!

When the Romans invaded Germany or Germania as they called it, they found a very capable and hard-working herding dog. Not only was it an exceptional herder, but they also found out that they made for excellent guard dogs as well.

They fell in love with the Rottweiler and it was only a matter of time before the Rottie was quickly spread across the world.

Ever since then the Rottweiler has gained in popularity, they were not only known for their herding skills, but also as the family guard dog.

But sadly like with everything the good times come and go. The Rottweiler nearly went extinct in the middle of the 1800s. Due to the fact that no one needed herders any more because of the newfound railways.

But by 1901 enough Rottie lovers had pulled together and saved the precious bred. Nowadays the Rottie is now ranking at number eight, in the AKC ranking.

Size and Appearance of the Boxweiler

The Boxweiler Training and Socialization needs

The Boxer and Rottweiler are two very headstrong alpha male dogs. Both were bred to herd and defend against animals and humans. So training and socialization are two of the most important things to teach your puppy! So start as soon as you get home by teaching him or her the rules of the house.

Biting as a puppy may look cute and cuddly, but you are setting your self up for a treacherous road if you allow your puppy to keep biting you. You are letting your puppy know that it is okay to bite anyone and anything, even though he was playing around, the person he just bite may take it as an aggressive action.

The next several commands you can train your puppy is to sit, stay, come, and lay down. When you are training, it is important to never give up on a command that you give! No matter how simple or little that command is, make him/her follow it.

The moment you start allowing your puppy to not obey your commands is the day you give him the right to be the pack leader. So never give up on your commands and be ready for a little disobedience daily, Rotties and Boxers often try to take over as pack leader daily.

It is nothing that you are doing, it is just in their genetics to try and be the alpha of the pack. So when training be firm but never heavy-handed. The best training methods are firm but gentle and never give in on command.

This is so that he won’t run away when he hears a strange sound, sight or smell. He also should be meeting different people and animals, on his daily walks. This gets him to understand that he needs to learn the proper temperament and manners in greeting other animals and more importantly humans.

The one thing you should not do is taking him/her to the dog park, not only are can the dog park be a rough place. But it can also be like going back into the medieval ages unvaccinated, and I’m sure you wouldn’t do that let alone allowing your puppy to go back to that time.

All of those qualities and more have made this magnificent breed what it is today! Some people may be asking well what about their tendency to be protective is that an issue? The answer to that is only if you allow it as the pack leader, it also depends on the situation, that you find you’re self in.

If there is an aggressive dog attacking it is better for your dog to be very protective over you rather than being a submissive dog. But if it is your neighbor asking to borrow a few eggs, it will defiantly be better for everyone involved to have a well behaved and socialized dog.

For a well behaved and balanced Boxweiler, they need a good 30 minutes of exercise daily. And if you can give it, even more, a bored and depressed Rottweiler Boxer mix will be a hurricane of destruction! So plenty of exercises daily along with 10-15 minutes of training will keep you Boxer Rottweiler mix happy and obedient!

The Boxweiler has one of the shortest health issues I have seen for mixed dog breeds! So, all in all, I would give this dog breed five stars! They have an excellent lifespan, great in the health department, capable guard/watchdog capability! Best of all they are friendly, loyal, protective, and a goofball!

If I were to get a second dog, the Boxweiler would defiantly be on the top of my list! I hope I have persuaded you to get this awesome dog breed!